These veggie dumplings aren't just all vegetables. They contained a mixed of enoki and shiitaki mushrooms; garlic chives and healthy buckwheat soba noodles.
They are vegan-friendly and it takes only five to six minutes to achieve that golden pan-fry perfection. 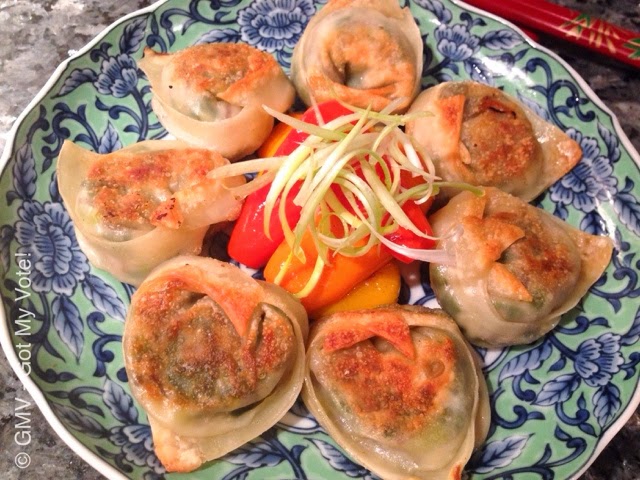 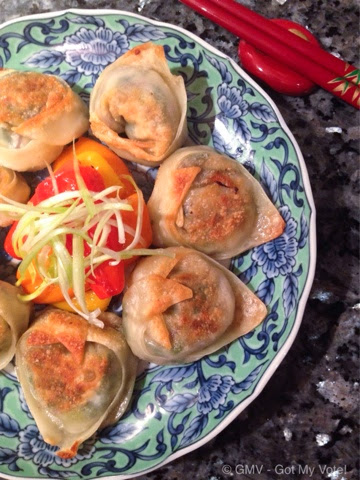 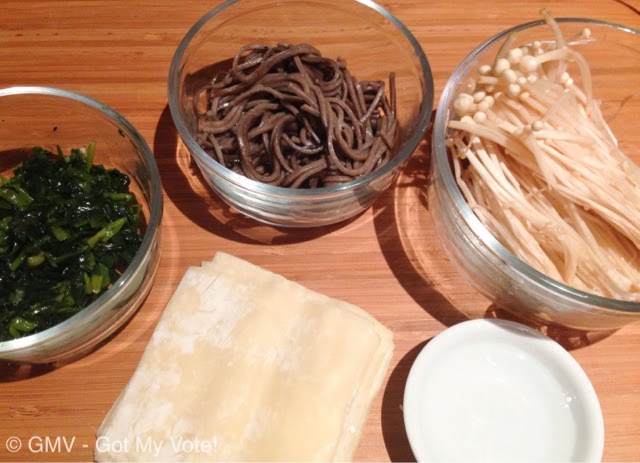 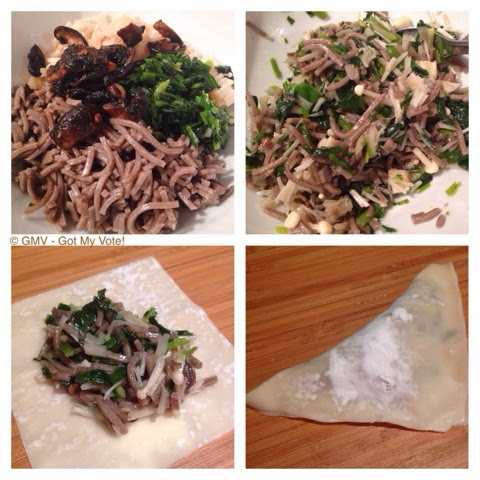 9. Place a small teaspoonful of filling on a wonton wrapper.

10.Fold the wonton wrapper into a triangle. 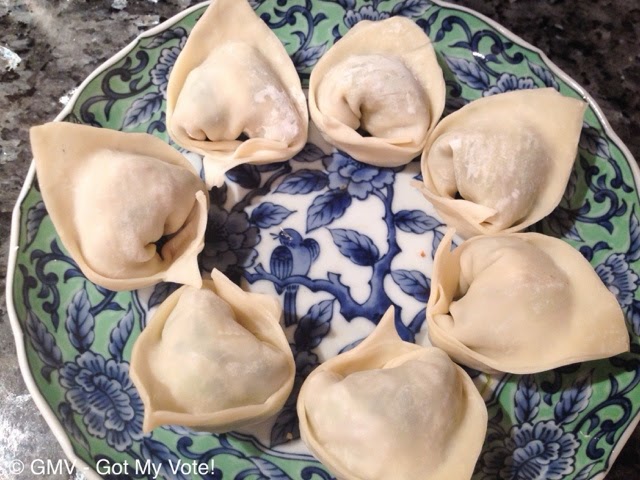 11. Pick up both ends and fold them together at the front to form a ball-like shape. Think of it like folding your arms.

12. Continue the process with all wrappers. 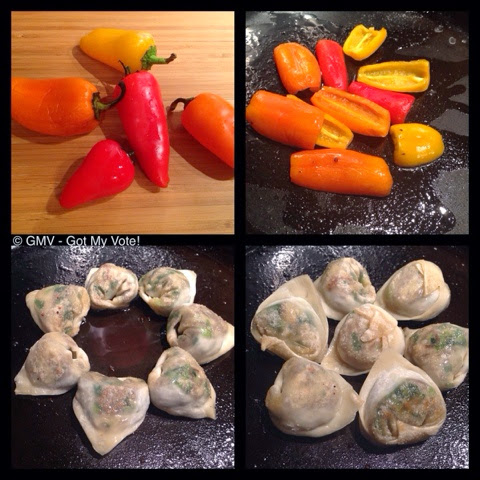 14. Place dumplings in the pan.

16. Pan fry the rest of the dumpling patch. 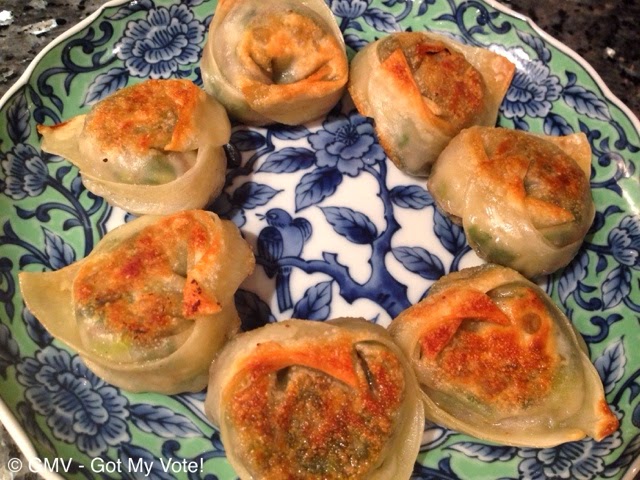 18. Place the sauteed mini vine capsicum at the center. 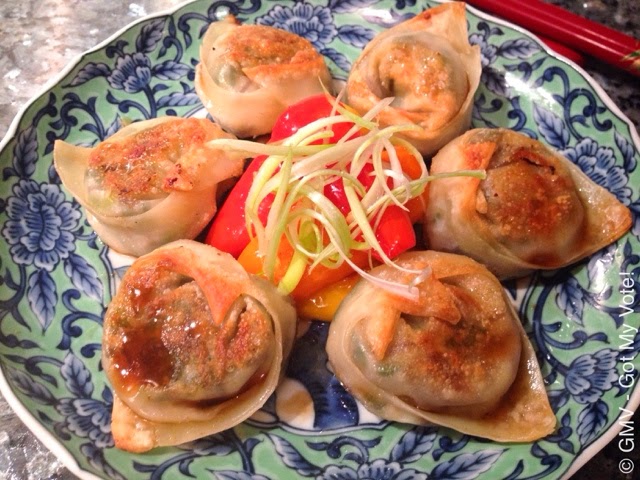 Watch them disappear in minutes. 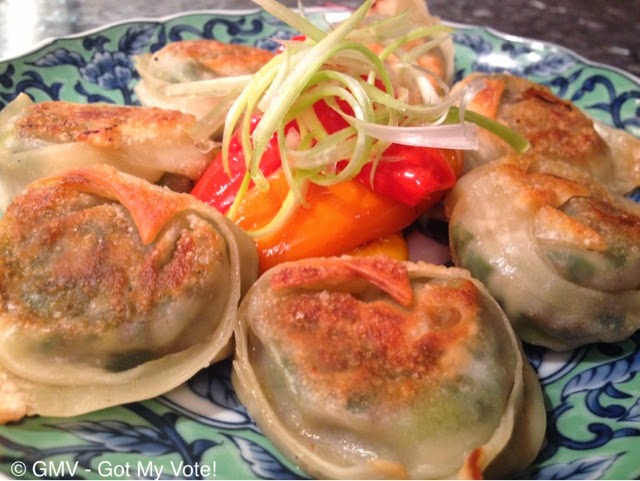 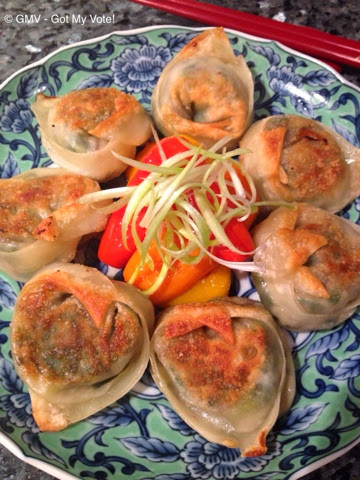 I saved my share, to enjoy them with a nice crisp white wine. 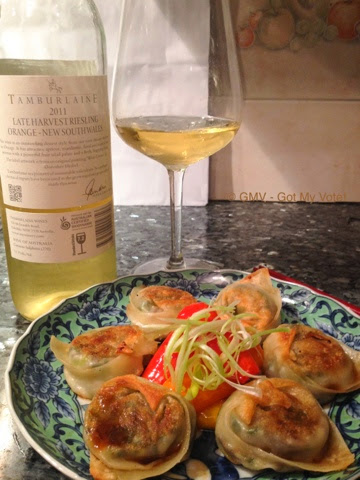 GMV - Got My Vote!! is about showcasing luscious food and home cooked recipes. Let me share my food creation & discoveries with you.